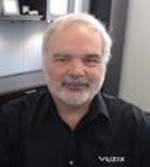 Paul Travers is the founder of Vuzix and has served as our President and Chief Executive Officer since 1997 and as a member of our Board of Directors since November 1997. Prior to the formation of Vuzix, Mr. Travers founded both e-Tek Labs, Inc. and Forte Technologies Inc. He has been a driving force behind the development of our products. With more than 30 years’ experience in the consumer electronics field, and 26 years’ experience in the virtual reality and virtual display fields, he is a nationally recognized industry expert. He holds an Associate degree in engineering science from Canton, ATC and a Bachelor of Science degree in electrical and computer engineering from Clarkson University. 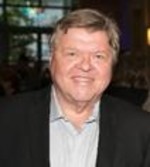 Grant Russell has served as our Chief Financial Officer and Executive Vice President since 2000 and as a member of our Board of Directors since April 2009. From 1997 to 2004, Mr. Russell developed and subsequently sold a successful software firm and a new concept computer store and cyber café. In 1984, he co-founded Advanced Gravis Computer (Gravis), which, under his leadership as President, grew to become the world’s largest PC and Macintosh joystick manufacturer with sales of $44 million worldwide and 220 employees. Gravis was listed on NASDAQ and the Toronto Stock Exchange. In September 1996 it was acquired by a US-based Fortune 100 company via a successful public tender offer. Mr. Russell holds a Bachelor of Commerce degree in finance from the University of British Columbia and is both a US Certified Public Accountant and a Canadian Chartered Professional Accountant.

Pete Jameson was named Chief Operating Officer (COO) of Vuzix in January 2022, having served as General Manager since joining the company in January 2021. Mr. Jameson brings a wealth of operating experience to his new position. He previously served as COO of Osterhout Design Group (ODG), a leading wearable technology company that developed and manufactured mobile, self-contained and lightweight head-worn mixed reality smart glasses with photo-realistic imagery. Prior to ODG, Mr. Jameson was a 20-year executive at Eastman Kodak where he was a founding leader of Kodak’s multi-billion-dollar Digital Camera Business including General Manager and VP of the Digital SLR and Professional Digital Capture Group that created the world’s first digital SLR cameras, General Manager of Kodak’s Commercial Imaging Business in Europe, Africa and the Middle East and General Manager and VP of Kodak’s Digital Devices Group. He holds a Bachelor of Science Electrical Engineering degree from Union College and a Master of Business Administration degree from the University of Rochester Simon School of Business. 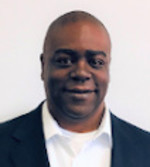 Eric Black was named General Counsel of Vuzix in March 2022. Mr. Black brings a wealth of legal experience to his new position. While serving as in-house for other private and public technology companies, Mr. Black developed extensive experience in supporting business development and operational optimization by developing processes/workflows, negotiating complex contracts, advising on mergers and acquisitions, and informing business strategies that strengthen compliance and facilitate consistent growth. Mr. Black was previously named one of Rochester’s “Forty Under 40” by the Rochester Business Journal in 2006 and one of Rochester’s Top Counsel by the Rochester Daily Record in 2019. He holds a Bachelor of Economics degree from the University of Rochester and a Doctor of Jurisprudence degree from the University of Virginia School of Law.

Shane Porzio has been with the Company for more than ten years and has more than 13 years of experience in architecture of systems and designs for hardware and software. His previous employment was at Lockheed Martin where he served as a Hardware Engineer. Mr. Porzio has BS in Computer Engineering Technology from Rochester Institute of Technology and his MS in Computer Science from Rochester Institute of Technology.